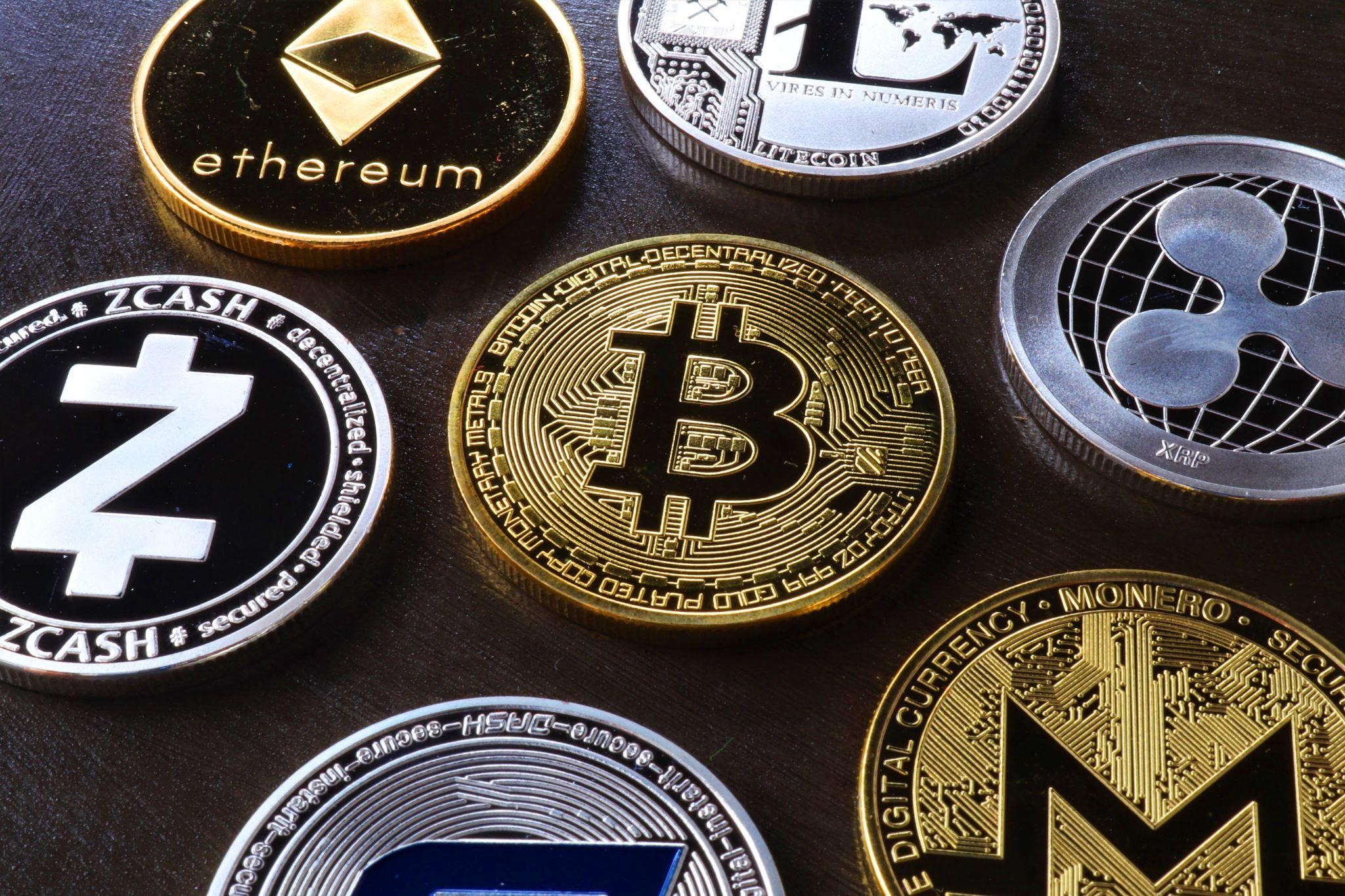 Mining bitcoins may be lucrative, but it also demands fast internet bandwidth.

In general, crypto mining necessitates two things: a lot of power and a high-speed internet connection. The first is required to control the mining operation, while the latter is necessary to transmit and receive data swiftly.

This data comprises transaction information that the network must validate before being put into the blockchain.

This article will discuss if internet speeds impact your mining performance and a few other things.

Although individuals earlier could find a block and start mining on a standard pc at home, this is no longer true.

This phenomenon occurred because the complexity of cryptocurrency Mining has grown leaps and bounds ever since its discovery.

The Cryptocurrency algorithm attempts to create one block every ten minutes or so to guarantee the smooth operation of the blockchain.

A fast internet connection is required to be a competent miner. The quicker your bandwidth, the faster you will be able to confirm trades and get incentives for your efforts.

Sadly, not everyone has a high-speed internet connection, especially people who live in remote regions or cannot afford it. Fortunately, there are workarounds for this problem.

Joining a blockchain network is one possibility.

When you join a blockchain network, you combine your computing power with the computing power of other miners to boost your chances of finding blocks and getting rewards.

Blockchain networks typically charge a modest fee (usually around 1%) to cover their operational costs, but this is still a less expensive choice than purchasing your mining equipment.

Depending on the cryptocurrency, you may require a fast CPU processor and a graphics card for optimal mining results.

For instance, hardware such as ASICs is the best to maximize the performance of mining cryptocurrencies like Bitcoin.

Mining pools undoubtedly bring miners closer, but fortunately, you do not have to be in tip-top form to join one.

In simpler terms, a mining pool is a gathering area for average miners who lack access to massive mining farms to pool their resources.

When you join a mining pool, you can mine faster than if you do it alone. Your labor to reward ratio is also higher as transactions happen much quicker.

Mining pools are excellent since they spread the mining load and rewards equally. Without a mining pool, you get money from mining solely when you discover a block on your own.

That is why we do not encourage solo mining; the hash rate of your gear is improbable to be high enough to locate a block on its own.

Therefore a mining pool is an ideal fit for you. We recommend conducting an internet search when you are ready to join. That is because the market, infrastructure, and participants are constantly changing.

Mining software is in charge of the actual mining operation. If you are a solo miner, the program configures your system as a mining hub.

If you are mining with a pool (as described in the next section), the program establishes a connection to the mining pool.

The software’s primary function is to distribute the mining work to the rest of the blockchain and accept finished work from other miners on the system.

Additionally, it displays data about your miner’s and fan’s velocity, hash rates, and temperatures.

These are only samples, not suggestions. You can choose which program is the best by reading about its features, reputation, and simplicity of use.

What Internet Speeds Do You Require for Mining Crypto?

To determine the precise amount of internet required for mining on a given machine, you must monitor its daily traffic use. If this is not attainable, you can make an educated guess about the amount of bandwidth utilized.

Numerous routers have a menu item for viewing the download speed of the communication channel.

It is preferable to have at least double the frequency margin to ensure more steady functioning. As a result, the availability of a reliable channel capable of transmitting at a rate of 12 kbps is more than adequate for the functioning of a typical mining machine.

Why Does Crypto Need to Be Mined? 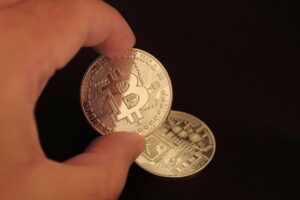 Because they are fully digital data, there is a possibility of duplicating, counterfeiting, or multiple spending of the same coin.

Mining resolves these issues by making it prohibitively expensive and resource-intensive to attempt any of these actions or “hack” the grid differently.

Indeed, joining the system as a miner is significantly more cost-effective than trying to disrupt it.

How Is Mining Used to Verify Transactions?

Apart from generating new tokens, mining is critical for verifying and validating transactions on the Crypto blockchain.

This verification is critical since no centralized entity judges which transactions are genuine and which are not.

Rather than that, the mining process establishes a decentralized consensus via proof-of-work (POW).

Cryptocurrency is a considerable threat to the fiat currency monopoly. As a result, Bitcoin is outright illegal in many countries.

The legality of mining cryptocurrency entirely depends upon your Geographic location.

Cryptocurrency mining is legal in many countries. As of 2021, it remains illegal in Algeria, Egypt.

Since 2018, Bangladesh and China have also officially banned mining.

●      Can Mining Have Detrimental effects on your Computer?

Due to the high resource requirements, crypto mining can significantly stress your GPU and other mining gears. Indeed, it is not uncommon for GPUs to blast or mining rigs to catch fire due to overheating.

However, operating your rigs at modest speeds and using an appropriate power supply is usually safe.

If you’re considering mining Bitcoin, bear in mind that profit is very dependent on a variety of variables.

Things such as your processing power, energy expenses, pooling charges, and the value of Bitcoin are all taken into account. The likelihood is that you will never earn any significant profit.

You can use Cryptocurrency mining calculators to see if Bitcoin mining is lucrative for you. Mining calculators factor in all relevant costs associated with mining and determine if mining Bitcoin is profitable in your scenario.

Simple mining calculators will ask you about your hash rate, pool charges, and power consumption, among other things.

A stake is a statistic used to quantify miners’ effort in a pool.

The connection between a miner and pools is pretty straightforward. The pool delivers a job to the miner. The miner then transmits algorithms in the form of stakes to the blockchain.

Ping includes the time required for a miner’s fraction to reach the pool and be verified in a mining pool.

Accepting or rejecting a share is referred to as processing it. Pools evaluate all receiving shares to ensure that the solutions submitted by miners are accurate: they cannot, of course, blindly trust miners.

The PING command in Windows or Linux determines the response time.

PING in miner programs indicates how quickly a mining pool server obtains, analyses, and returns your share. Several mining programs refer to it as “share approved time” rather than PING.

Cryptocurrency “mining” is critical for validating and confirming new transactions on the blockchain and preventing bad actors from double-spending.

Additionally, this is how new coins come into the blockchain.

Based on a complicated problem, the job needs the generation of proofs of work (PoW), which is intrinsically energy-intensive and requires a reliable internet connection.

After you’ve gathered all of your tools, you’ll need to set up and begin mining. It can be challenging to do so. The mining community’s dynamic is constantly changing, so you must ensure that you are aware of current trends.

Make sure that you have compatible equipment for the best mining experience. 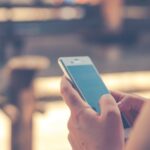 Best Wi-Fi Home Printers That Are Worth Buying 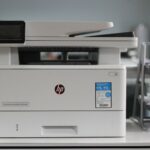 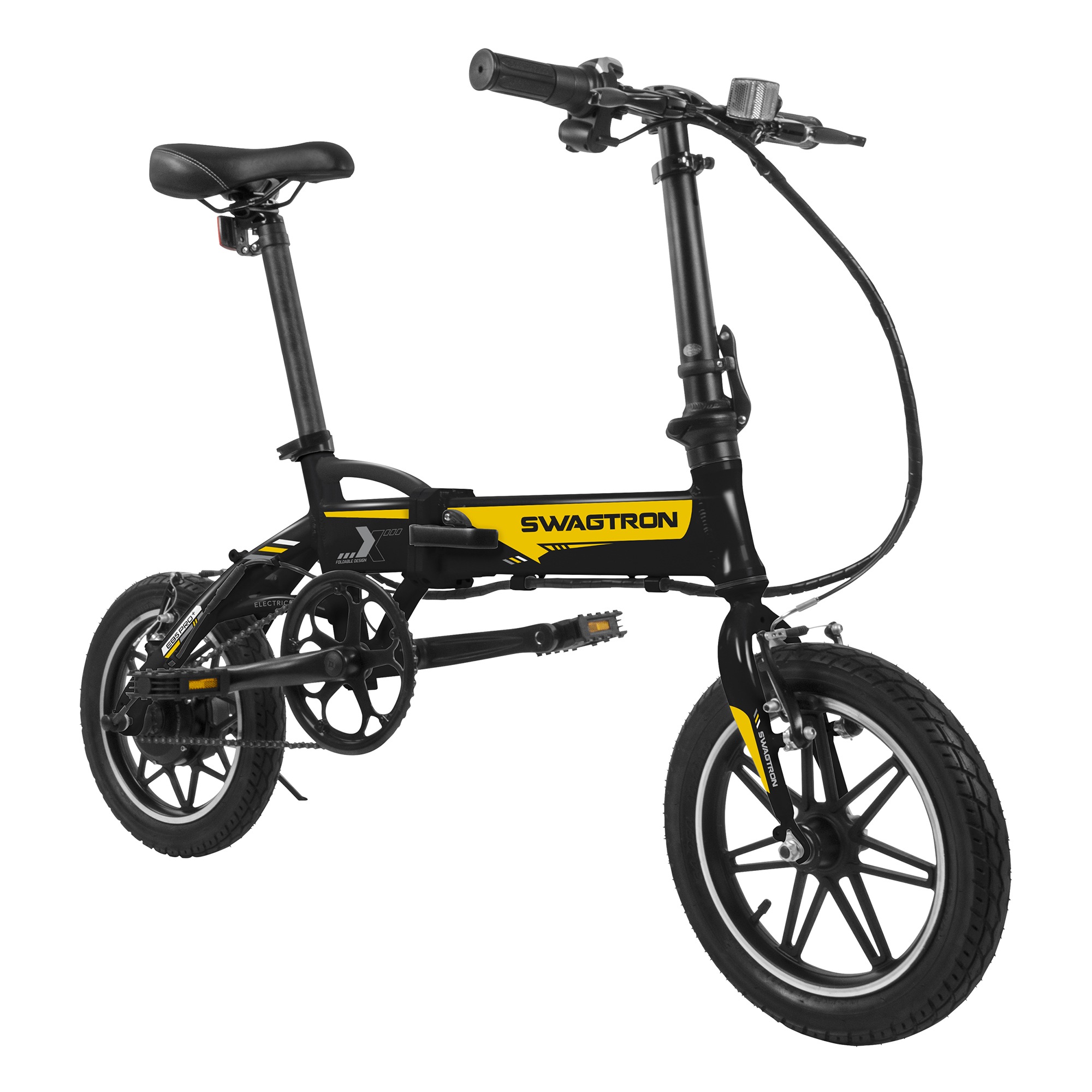 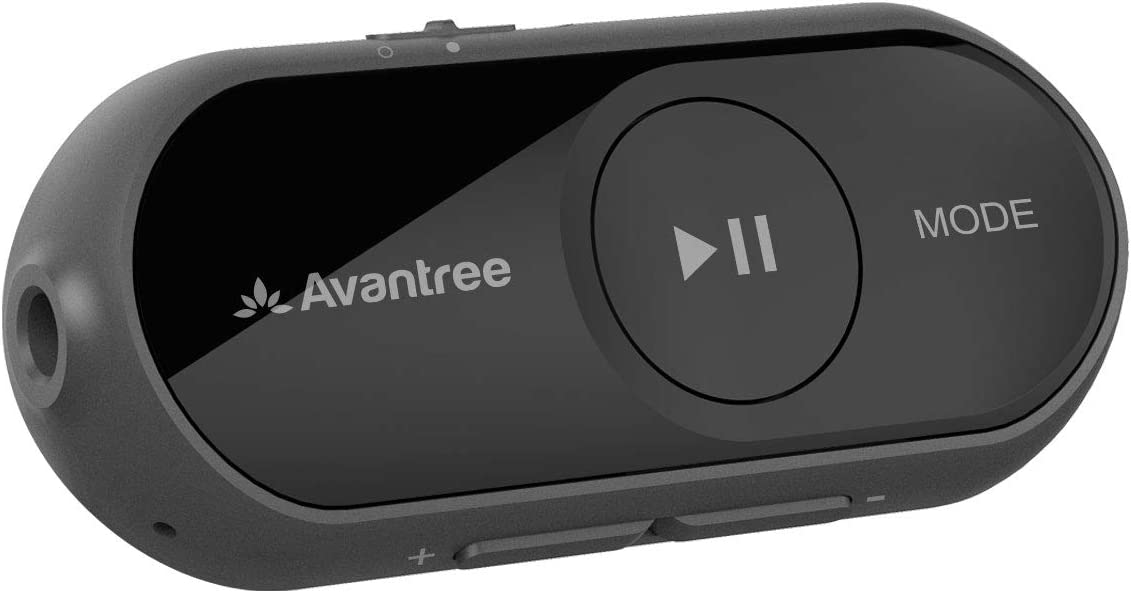 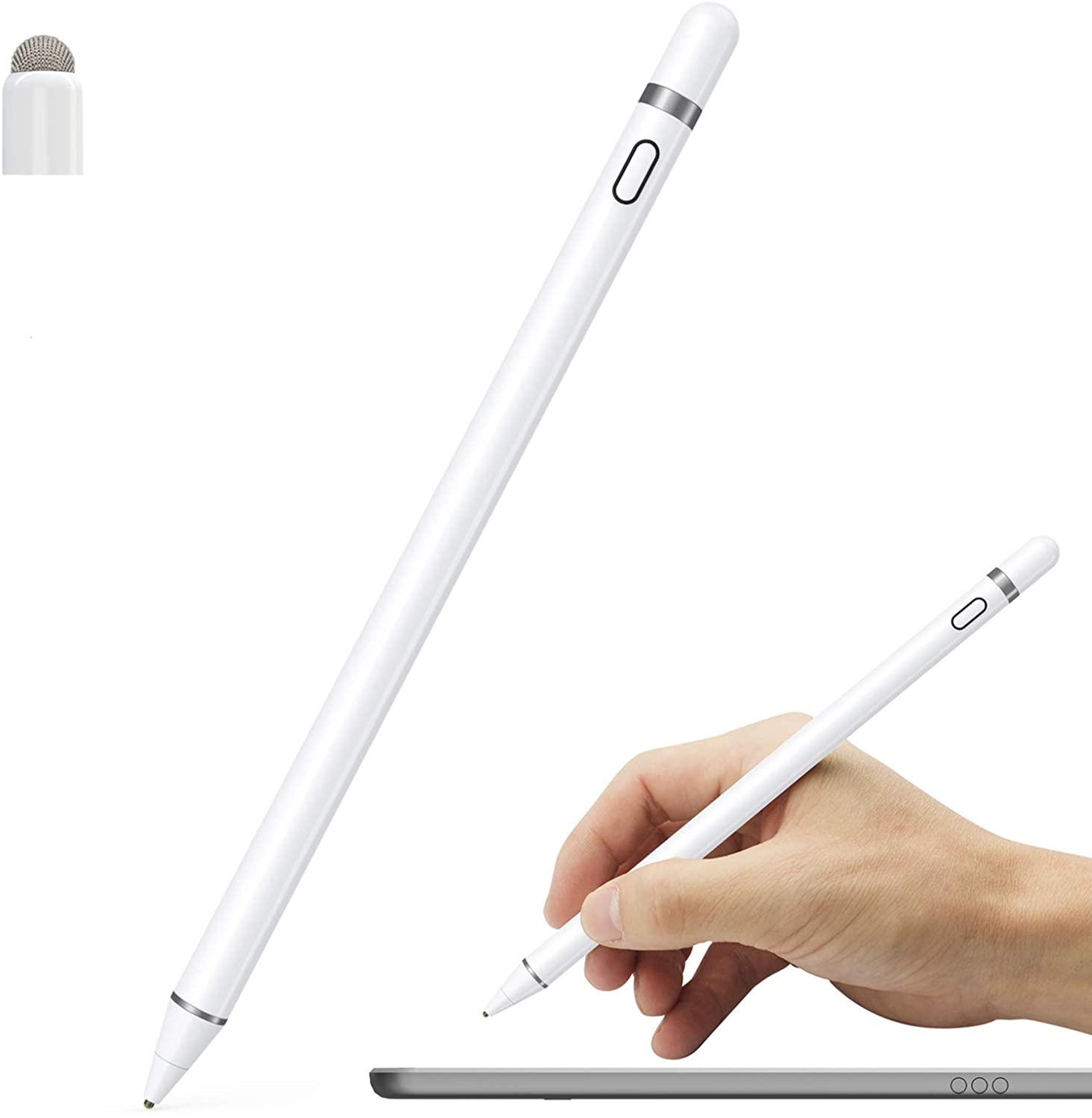