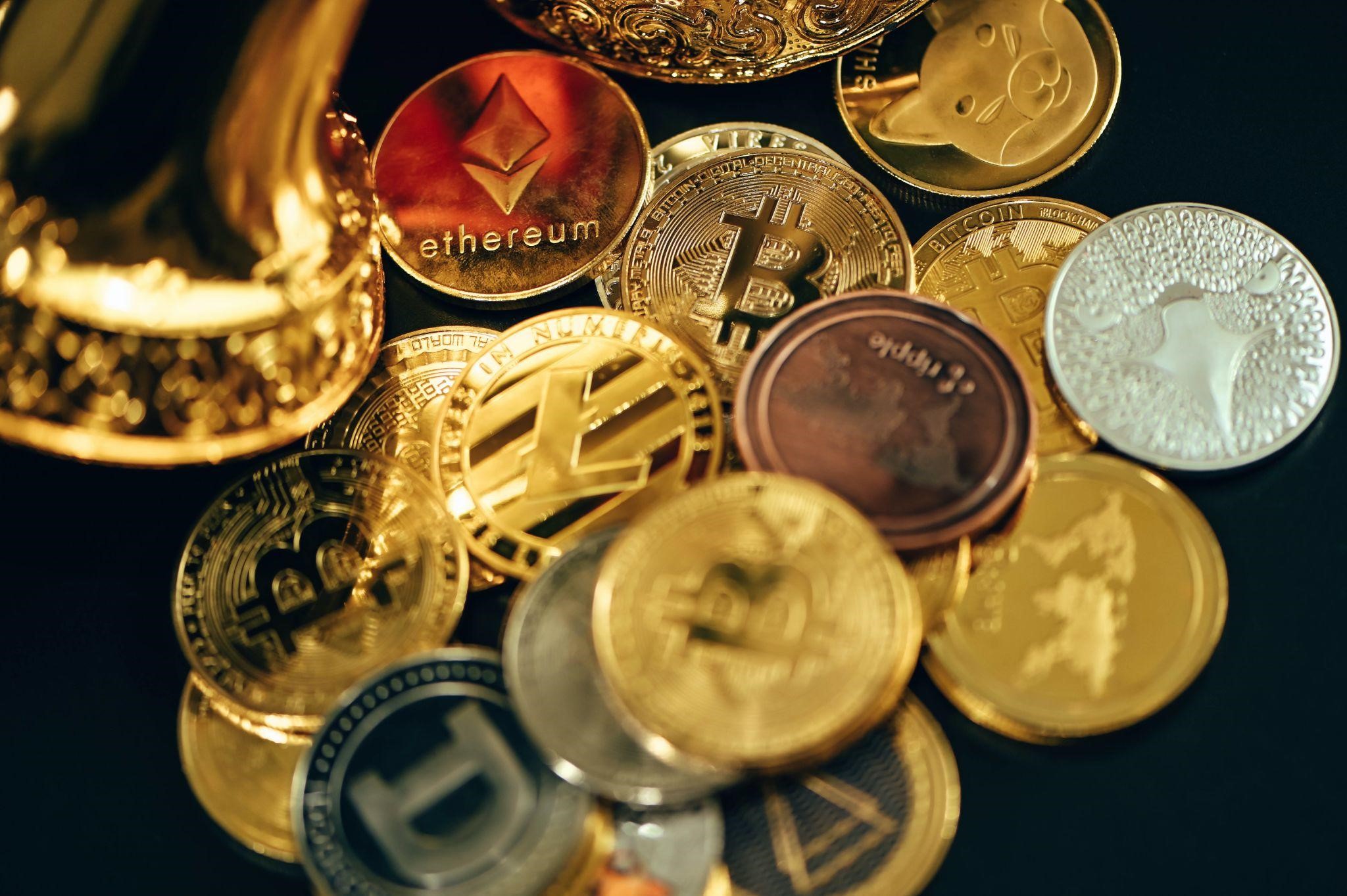 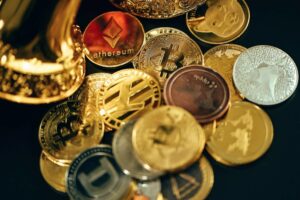 Currencies have been the soul of the economy ever since the dawn of human civilization. When we think about currency, the first thing that comes to our mind is the paper note issued by the central monetary authority of a country. Well, not anymore.

Thanks to blockchain technology, we no longer need to rely on centralized intermediaries like banks and brokers for financial transactions. The global economic crisis of 2008 shattered the public’s confidence in the reliability and efficiency of conventional banking and financial system. This was a major wake-up call that led to the popularity of cryptocurrency.

The recent crypto upswing has further contributed to bringing cryptocurrencies into the mainstream. You may be interested in taking part in this trend. Most people ask the same question: how does cryptocurrency gain value? There may be various theories and explanations, but we like to keep things simple.

But before you risk your hard-earned money in this volatile market, it’s worth knowing a few things about cryptocurrency. Let’s get started. 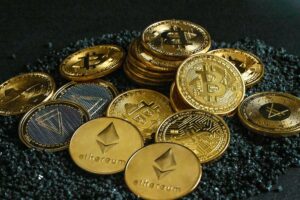 Simply understood, a cryptocurrency is just a digital currency based on cryptography. Unlike traditional fiat money, cryptocurrency is not tied to any central monetary authority or entity. Instead, it is based on blockchain technology that operates on a peer-to-peer basis.

This decentralized system of managing financial records and transactions across distributed ledgers has a unique set of advantages over government-issued money. Cryptocurrencies eliminate the intermediaries and their processing fees. The government regulation is minimal, making cryptocurrencies highly resistant to inflation.

The definite history of cryptocurrency started with Bitcoin in 2008 based on the white paper written under the name of Satoshi Nakamoto, whose real identity is still unknown.

How Is Cryptocurrency Created? 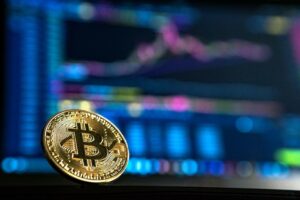 Cryptocurrencies are virtually created through a blockchain-based process known as “mining.” It is a computer-intensive process of solving complex puzzles by decrypting a block of transaction information to verify its authenticity. The miner is rewarded with a newly minted cryptocurrency every time they solve the problem.

However, not all cryptocurrencies are created by mining. The recent trend is to distribute the tokens as developer rewards during launch. They may earn further tokens as interest for holding the currency.

People seem to be interested in buying and selling cryptocurrencies like a company’s stock. In fact, the U.S. taxation system treats crypto trading the same as stock trading. There are crypto exchange platforms like Coinbase and eToro where you can invest in cryptocurrencies.

How Does Cryptocurrency Gain Value Over Time?

Like with fiat money and any other commodity, the law of demand and supply determines the value of cryptocurrencies. Let’s take a closer look at how cryptocurrency gains value over time.

Law of Demand and Supply 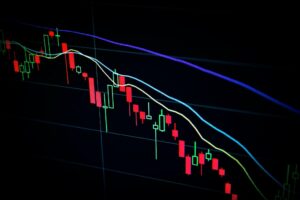 The most basic law of economics states that the value goes up if the demand is higher than the supply. When governments need more money, they can just print them and pump it into the economy to solve the financial crisis for a while. But the law of demand and supply inevitably takes over, and the value of money decreases, leading to hyperinflation like in Venezuela and Sudan.

However, cryptocurrencies attempt to solve this issue by limiting their supply. For instance, when the Bitcoin was first released, 50 coins were created every 10 minutes as a block.

The size of the block kept on decreasing by 50 percent on average every four years. As of August 2021, only 6.25 Bitcoins can be mined every 10 minutes. The mining is expected to go on until the year 2140.

It’s worth noting here that Bitcoin has the maximum fixed supply of 21 million, and almost 18 million is already released into the market. This fixed market cap is how cryptocurrency like Bitcoin gains value over time. The law of scarcity further drives the price high, making cryptocurrency more valuable.

Other cryptocurrencies, like Ether, have no such supply cap, though. Instead, they rely on the “burning” mechanism to prevent the oversupply of the token in the market. The existing tokens are set to an unknown address within the blockchain to stop their circulation.

The supply depends on the monetary policy adopted by each cryptocurrency. As mentioned earlier, Bitcoin mints a fixed amount for each new block, while Ethereum has a fixed reward for mining. It is up to the developer team to manage the supply of cryptocurrencies either by releasing the tokens or burning the existing ones.

The media and financial experts worldwide are beginning to take a greater interest in crypto projects. As a result, they are starting to make it into the mainstream of financial transactions.

More and more businesses are now accepting cryptos for payments. The demand is expected to increase further in the future, and its value seems to be on the one-way journey to the top.

There is little to no barrier to entry for new crypto projects. It is an open ground, and competition is one of the major factors determining the currency’s value.

As of March 2022, more than 18,000 cryptocurrencies exist, and new projects are being launched daily. Bitcoin had a first-mover advantage that controlled over 80 percent of the entire crypto market until 2017.

Although Bitcoin’s market capitalization has come to under 50 percent in 2022 due to increased competition, the currency is still gaining value like anything. The efficiency and innovation of new crypto projects determine the value of currencies. 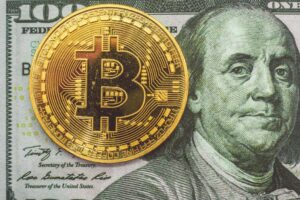 Cryptocurrencies like Bitcoin and Ether are already available for trading on multiple exchanges that determine their value. The cost of investing in cryptocurrencies also determines their relative value to potential investors.

The value of cryptocurrency depends on the rules that determine how the tokens can be mined and used. The rules may not be as static as that of fiat currencies. The currencies with unstable internal governance tend to fluctuate more and lose value over time than those with relatively stable governance.

For instance, Ethereum is shifting to a proof-of-stake system from the existing proof-of-work system. This requires the owners to stake their coins to validate transactions that inevitably affect the currency’s value.

The Role Of Celebrities

Whether you like it or not, the celebrity touch is one of the factors driving the market value of a cryptocurrency. Several influential personalities like Elon Musk, Mark Cuban, Snoop Dogg, Jack Dorsey, and Kanye West are the holders of cryptocurrencies.

Take, for example, Dogecoin. A single tweet, “One Word: Doge,” by Elon Musk in December 2020, led to a 20 percent increase in the coin’s value. And that didn’t stop there. His later tweets drove up its value by 100 percent in 2022.

Sooner or later, cryptocurrencies will eventually take over multiple domains of film, music, sports, business, and beyond. With the extensive use of these currencies, their value will further increase in the future. 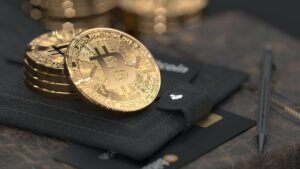 There is no clarity regarding the regulatory standards for cryptocurrencies. Some treat them as commodities, while others take them as market securities like stocks and bonds.

However, neither of the respective authorities can exercise definite regulations on cryptocurrency exchanges. The provision of clearly defined regulatory and legal requirements can open new doors for the wider trading of crypto products.

Regulation makes crypto trading and exchanges more reliable and easier. The value goes up when the investors have greater access to cryptocurrencies through non-fungible tokens (NFTs) and future contracts. It also helps to reduce the volatility of this digital asset.

Blockchain technology is the backbone of any cryptocurrency. The decentralized system of managing records helps us speed up the transactions while reducing the processing costs. Furthermore, it is almost impossible to tamper with the blockchain that makes cryptocurrency highly secure.

Cryptocurrency is no different from fiat currency in terms of determining the value. The law of demand and supply is equally applicable to both. People want to own cryptocurrency, but the supply is limited. This theory of scarcity plays a central role in controlling inflation and increasing the value of cryptocurrency over time.

Besides demand and supply, the value of cryptocurrency depends on its cost of production, level of competition, governance, regulation, exchange and trading potentiality, influencer marketing, and so on. No wonder it is considered a volatile asset and thus a risky venture.

Nevertheless, with blockchain technology’s growing popularity and usage, cryptocurrency will inevitably be a part of our everyday life soon. This is the future of the global economy.