How do Wi-Fi Internet Extenders Work? 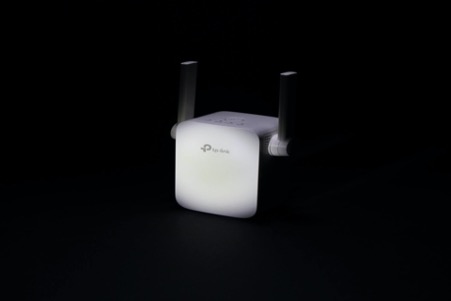 You’re listening to your favorite podcast and suddenly run into a Wi-Fi dead spot? We totally understand how irritating that is! When all other rooms have good coverage and a strong signal, and your Wi-Fi signal is weak or non-existent in your room/office.

Do you know the problem of a Wi-Fi dead zone is caused by several factors (such as furnishings or walls, router positioning)? A Wi-Fi extender can help you fix these Wi-Fi dead spots.

Wi-Fi extenders are known by a lot of different names like Wi-Fi booster, Internet extender, etc. They do just what their name says: increase the range of a Wi-Fi signal from a router.

They are most effective when used with one or two devices that are always in the same location. A Wi-Fi extender should be placed midway between a router and an electronic device. They increase the range of a Wi-Fi signal but do not improve it.

Before we get into the details of how Wi-Fi Internet extenders work, let’s discuss why you would need one. 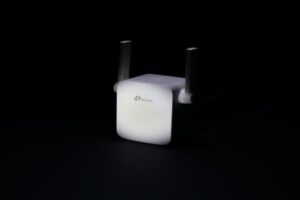 Why Would I Need A Wi-Fi Extender?

Most of the time, a bad router location is the cause of a Wi-Fi dead zone in the home. Buying an extender isn’t the solution if your device is too far away from the router.

The Wi-Fi router could have been positioned in a corner or anywhere else where walls and other obstructions prevent the wireless signal from reaching other areas.

Before deciding whether or not to purchase a Wi-Fi extender, you should first perform the following simple checks to ensure that it is required. Does the speed of your Internet connection depend on your router? Absolutely.

To test whether you can receive a solid Wi-Fi signal by increasing its range and covering areas where there was previously no coverage, try moving the wireless router to a more central spot away from walls.

Check out these troubleshooting steps if you’re experiencing connection loss, buffering, or an inability to connect:

If your Wi-Fi is working properly but your signal is weakening as you travel further away from your router, increasing the router’s signal strength is crucial. Consider buying a Wi-Fi extender in such a situation.

How do Wi-Fi Extenders Work? 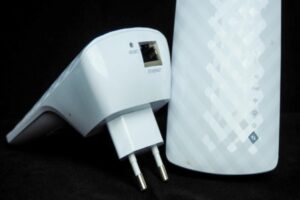 Wi-Fi extenders are a good way to expand the range of a Wi-Fi signal between a router and a device. A Wi-Fi extender establishes a wireless connection with your router initially, and it becomes a part of your wider network once it is connected to your router.

The Wi-Fi extender transforms and disperses your Internet connection as a wireless signal from every access point using radio waves, allowing you to access it from areas of your home that are ordinarily inaccessible.

Your Internet-connected devices, such as your computer or smartphone, will automatically detect which signal is better and connect to it if they share the same network name.

When installing a Wi-Fi extender, you will have two networks to select from (the router and the extender) on two bands (2.4 GHz and 5 GHz). The first time you use the extender, you must manually connect your device to it.

You may quickly switch between the router and the extender network once you’ve saved it, depending on which one is stronger at the time.

Wi-Fi extenders must still be within an acceptable distance of a Wi-Fi router, roughly 20 feet maximum, to function properly.

A Wi-Fi extender might be a useful solution for households with a Wi-Fi range of 1500 square feet or less. They come from various manufacturers and can be found in electronic stores. 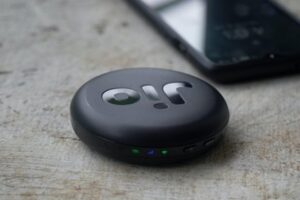 The following are the most common Wi-Fi extender types:

These extenders will feature several Ethernet ports and will resemble a compact router. They will increase Wi-Fi speeds by connecting directly to your device. However, the desktop range extenders are quite large and require a lot of room to fit.

These extenders are much smaller than desktop extenders, and you can plug them into any regular power socket. Some varieties of plug-in extenders have external antennas, while others have internal antennas to keep the profile minimal.

These must not be placed on a surface and will connect straight to an electrical outlet in the wall. This extender will contain a single Ethernet port as well as a power-through port that will allow you to utilize the electrical outlet while the extender is connected.

Here are a few examples of possible solutions:

It’s Time to Upgrade Your Router

Compare the specifications of your present router to those of the most recent versions to see if it’s outdated.

Change The Location of Your Router

If you need a new Ethernet port, contact your ISP. Try to locate your router in a central area so that you may benefit from 360-degree coverage.

Consider Switching to A Mesh Network

Mesh networks are made up of many nodes. The first connects to your modem, and the others are connected in a daisy chain throughout the remainder of the room. It’s especially useful in spaces with numerous floors that are more than 1500 square feet.

However, a Wi-Fi extender, sometimes, can be the ideal solution for a persistently slow Internet connection.

Here are a few other common questions people ask about Wi-Fi extenders.

What are Mesh Networks and Wi-Fi Range Extenders?

Wi-Fi extenders and mesh networks are equipment that can be used to boost your wireless signal strength and extend your Wi-Fi coverage.

How Many Times Can A Wi-Fi Extender be Used?

With a few exceptions, you can utilize two extenders. However, we would suggest not to connect two extenders wirelessly because the second extender does not really function well. Therefore, the main router should be connected to each extender.

Does A Wi-Fi Extender Cause Issues?

Range extender firmware that is out of date can create network connectivity difficulties. To fix this, you’ll need to update your device’s firmware.

Can I Switch Off The Wi-Fi Extender When it is Not in Use?

It’s entirely up to you whether you want to leave your Wi-Fi range extender on or turn it off when it’s not in use.

Do Wi-Fi Extenders Get Hot When They’re in Use?

It is not typical for a Wi-Fi extender to become hot; however, a slight warmth to the touch is normal. In general, electronics will warm up when the device’s circuits and components operate and flow electricity through them.

Finally, do not be afraid to invest a little more money on a Wi-Fi range extender to improve network coverage in the workplace or at home. You will be provided with the best and most up-to-date gear to work with, as well as a strong Wi-Fi connection to support your Internet-dependent tasks. 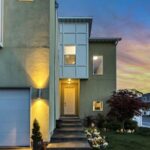 How to Extend Wi-Fi to A Detached Garage 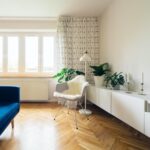 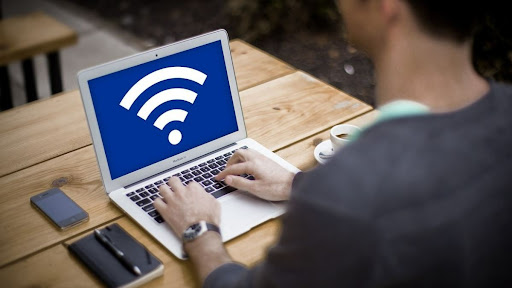 Why Does My Wi-Fi Say Weak Security? – Here’s What to Do

Do you often see “weak Wi-Fi security” on your phone or PC? A weak security message is mostly seen in iPhones, particularly those with an iOS 14 update. It can be a bit scary to see the “weak security” notification pop up with your Wi-Fi network. But what does it mean? Should you be concerned? …

Cox Panoramic Wi-Fi is a high-speed internet service that meets your demands by providing Wi-Fi coverage, fast speeds, and support tools. A Panoramic Wi-Fi modem enhances your in-home Wi-Fi experience and offers several features and benefits. Cox is a giant in the cable and internet industries and is the brainchild behind the panoramic Wi-Fi gateway. … 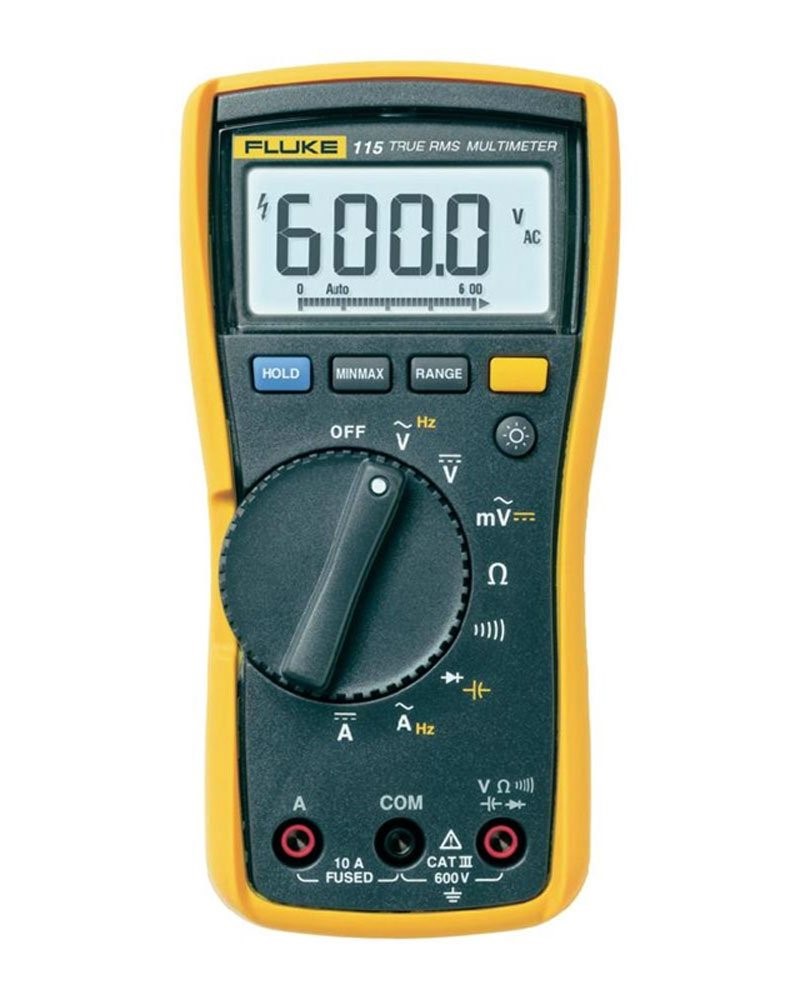 A digital multimeter is a must-have in every toolkit, whether to check for a broken circuit or test batteries. However, with so many choices available, it’s challenging to determine which budget digital multimeter is worth your money. But, we’ve done the research, so you do not have to! Easy to use and light on the …